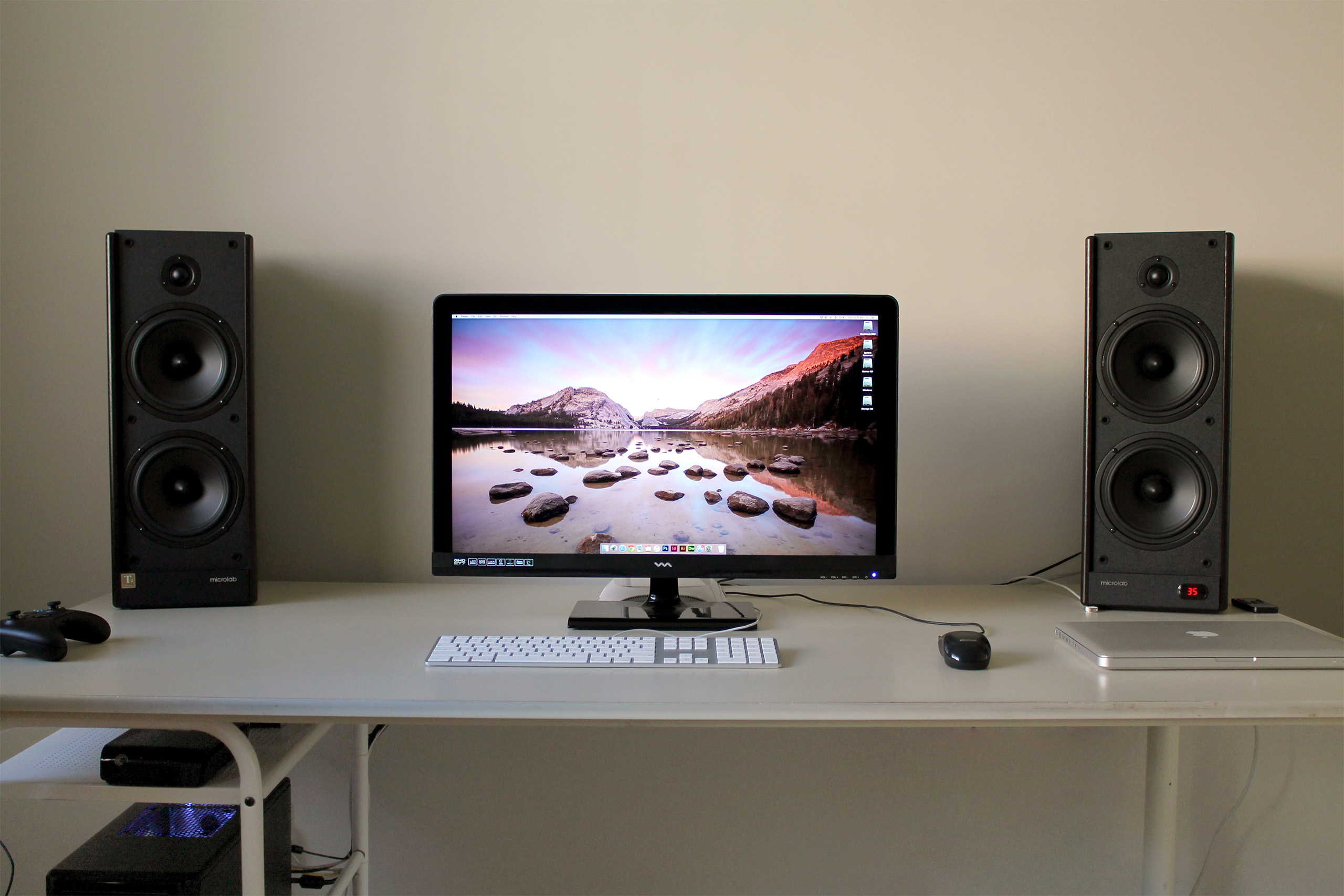 Deep down in the manufacturing enclaves of Seoul, South Korea lies a number of small enterprises that buy “A-” panels on the cheap from local OEM giant LG. The whole story is on Whirlpool courtesy of always-helpful member AndrewRox22; in a nutshell, “premium” companies like Dell and Apple are very picky about the panels they use in their high-end gear. The batches they reject are labelled “A-” and wind up in the hands of the aforementioned Korean companies, who sell them worldwide on eBay for rock-bottom prices.

Unsurprisingly, Korean monitors are popular amongst the technical crowd. Amongst the many brands you’ll find on eBay, there are some clear favourites – CrossOver and Yamakasi “Catleap”, to name a couple. The monitor I bought, and will be reviewing today, is the tastefully named Wasabi Mango QHD277 Prime. It’s a new model from a new brand – a glossy 27″ 2560 x 1440 jobbie, and I’m fairly sure this is the first review on the entire Internet of it.

Of course, I’m not the kind of person that jumps into the deep end without doing any research. First port of call was the official Wasabi Mango site.

Dear web designer, I don’t know if your industrial designers told you what your own company’s monitors look like, but that’s an iMac. The entire website is Engrish comedy gold, so take a moment to amuse yourself. A source of dubious reliability states that Wasabi Mango was borne out of legendary overclocking monitor manufacturer Yamakasi. And that’s all the research I could muster.

Ladies and gentlemen, who am I kidding – I simply bought this monitor because it was cheap.

I ordered it from eBay seller “green-sum” on Friday, it arrived at my door via DHL on Tuesday. That’s probably the fastest international delivery I’ve ever had. The box is visually impressive for a Korean monitor – or any monitor for that matter, judging by the Dell boxes that are still gathering dust under my desk at work. The display itself came with a grimy Korean fingerprint as a souvenir, and the usual accessories including manual (in Korean of course), power brick, ultra-short DVI-D dual-link cable (I had to move my PC just so the cable could reach it), and power cable with my “free gift” which was a US socket adaptor. Guess they forgot to read that I live in Australia. Sigh.

There are lots of common, well documented pitfalls with Korean monitors.  Dodgy stands, uneven backlights, dead pixels, electronic noise and most commonly, a slight tinge of one colour befouling the entire panel; these are all par for the course with these bargain screens, and can be either ignored or fixed with software or elbow grease. To my surprise and delight, my Wasabi Mango exhibited none of these downfalls.

According to many users of Korean monitors, the bases are often flimsy, cheap plastic. The Wasabi Mango appears not to be an exception at first glance, the stem is quite thin. It affixes to the base with an industry-standard single screw, however the base and stem are moulded quite snugly, so the screen shakes little more than any other. Expect the screen to wobble slightly if your desk consists of an overzealous inkjet printer, or if you’re bashing out angry messages to Nigerian scammers or your ex.

Just when I thought things couldn’t get funnier than the website, I found this little guy on the  bezel.

Yep, that’s right. It’s a fake webcam. To finalise my comments about the aesthetics – it looks great. The bezel is a bit thick, rather iMac-like – I’m a huge fan of the flat, glossy exterior. The display itself looks like it’s painted on the surface. It looks a lot better than other cheapos such as QNIX and Kogan, and honestly even better than many brand names, like my old LG 24 incher. This monitor may be cheap, but it sure doesn’t look it.

If you’ve used a 1440p monitor before, you know what to expect in terms of resolution. If you haven’t – and you’re used to 1080p and below – I warn you now, viewing a 1440p screen for the first time will douse you in disappointment any time you’re forced to use anything lesser.

Out of the box, colour reproduction was fantastic. It’s a little warmer than your average PC monitor but closer to your average Mac. It’s hugely vibrant, very sharp and quite bright. There’s no coloured tinge. Honestly, you could use this monitor out of the box with no additional calibration. I do. It’s that good.

Backlight bleed exists, but is minimal enough that it’s hard to notice it with everyday usage. If you use a lot of AutoCAD, it might matter to you, but probably isn’t a deal breaker. 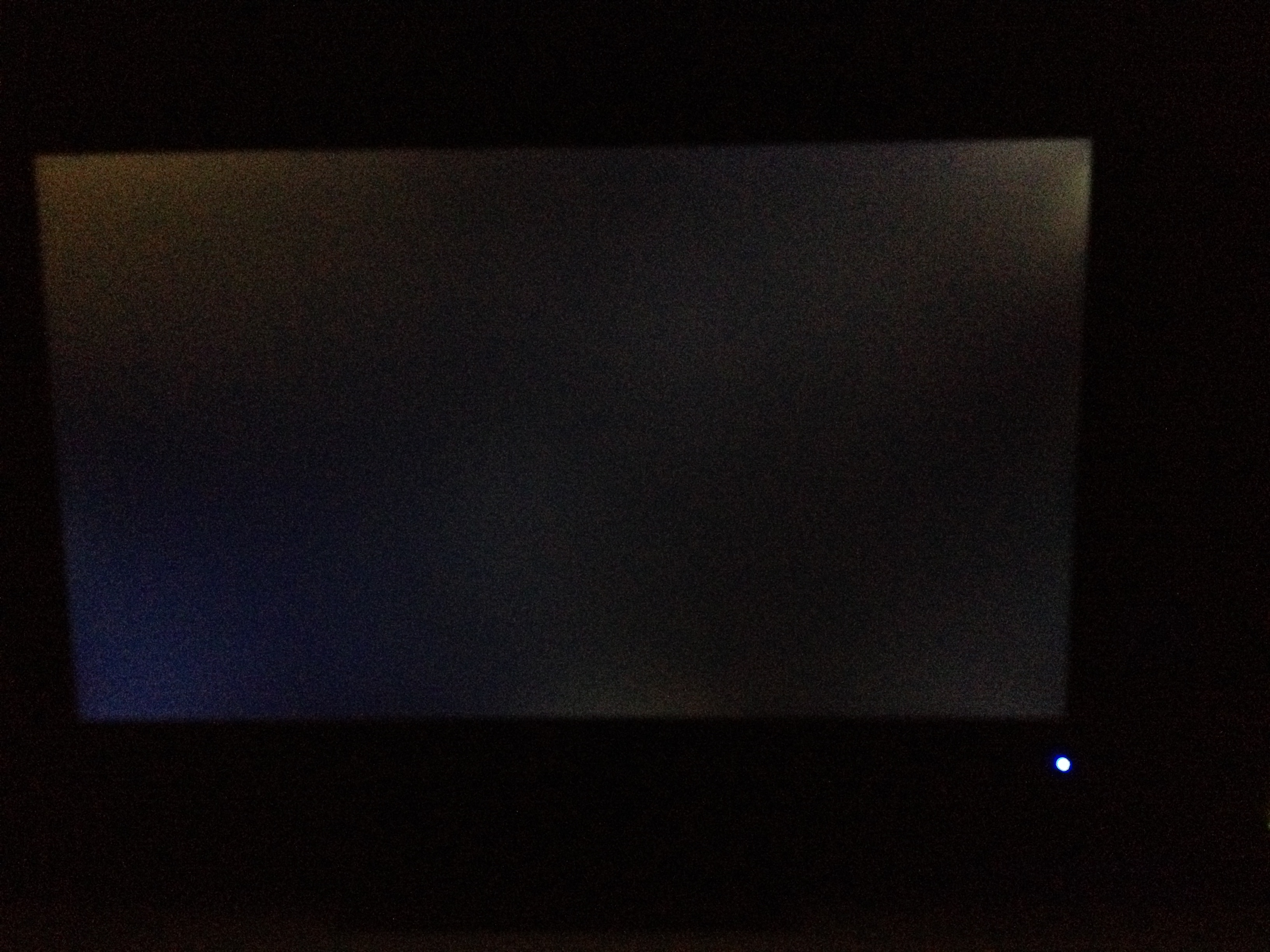 I didn’t get a *PERFECT PIXEL* version – but it is anyway. Not a single dead pixel in sight.

The budget end of Korean monitors do not come with what the eBay sellers call an ‘Ad-board’, which in a nutshell is the PCB that contains scalers, assorted inputs and user interfaces which are likely to introduce input lag, if nothing else. There’s no OSD – you need to tweak image settings in your graphics card’s control panel.

The panel is advertised to have a 6.5ms response time – difficult to verify without the proper test equipment. However, moving windows around and playing fast-paced FPS games results in no noticeable blurring or smearing. It’s LED backlit, boasting a 440cd/m²  brightness, which I think is a little too bright out of the box. It does come with a backlight brightness control, which works quite well.

Gaming at 1440p is undeniably impressive, provided your graphics card can handle it. Happily, NVIDIA cards (and possibly AMD ones) have built in scalers that work fairly well (if your GPU doesn’t have a scaler, you can’t use anything other than 2560 x 1440 if you want the entire screen to be filled) and gaming at 1080p is perfectly acceptable. When playing in 1080p you can also afford to turn the anti-aliasing down, since upscaling the image tends to do that for you. Far Cry 3 on Ultra at 1080p looks just as good on this 1440p monitor as it does on a 27″ native 1080p monitor. Be warned though – your graphics card must support DUAL-LINK DVI. Please check this before buying. 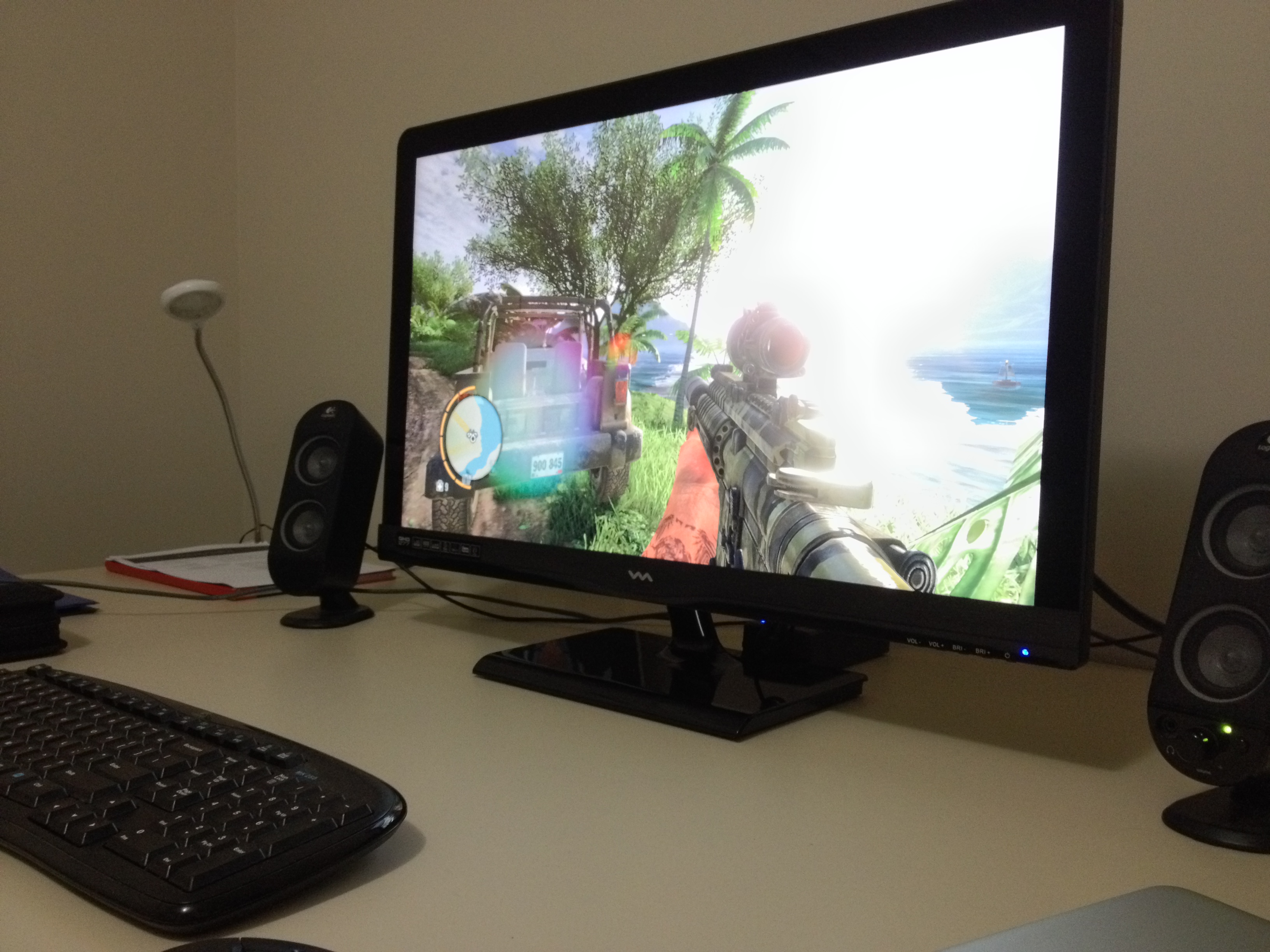 The Wasabi Mango comes with a pair of speakers, too. I never bothered to test them, you can probably assume they won’t sound much better than your average laptop speaker set.

The Wasabi Mango QHD277 Prime is the best monitor I have ever used. If you’ve ever gone to the Apple store and hungered for one of those 27″ iMacs or Thunderbolt Displays, simply go on eBay and pick up a Wasabi Mango, and pat yourself on the back for getting an amazing bargain. Now if you’ll excuse me, I’ll be playing Watch Dogs in 1440p.